SUITABLE FOR ALL SEASONS

Unlike polyester or down, TENCEL™ filling is naturally temperature regulating and moisture wicking, keeping the body cool and dry during sleep all year round. Excessive heat is quickly dissipated for a lasting cooling sensation. Our duvet is gentle on the planet too - biodegradable and sustainably made. TENCEL™ lyocell fibres originate from 100% sustainably sourced eucalyptus wood. Its closed loop production process recycles water and solvents at a recovery rate of more than 99%.

It's the little details 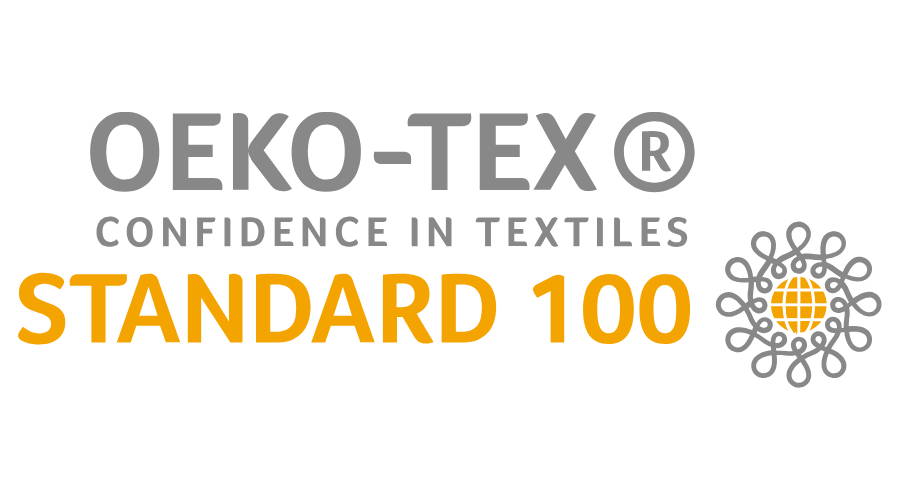 Weavve brings the ultimate duvet inserts that are Oeko-Tex® Standard 100 Certified to you. This ensures that every component of the product has been tested and is free from harmful levels of over 100 individual substances from 17 groups of chemicals. Rest easy and sleep comfortably with our hypoallergenic duvet inserts.

The world’s first and only aqueous-base-silver-polymer delivery system. Patented polymer containing silver technology delivers silver ions to fabric surfaces and activates them in the presence of undesirable bacteria.

This aids to eliminate bacteria, fights mold and fungi that cause odor, discolouration and degradation of the duvet for up to 50 launderings*.

Learn more about what makes our duvet special here.

Learn more about what makes our duvet special here.

It's like sleeping on clouds. The material is tres fantastic. Hopefully it stays tt way post wash.

It's like sleeping on clouds. The material is tres fantastic. Hopefully it stays tt way post wash.

Get 100% deep sleep through the night without being interrupted by the heat, the cold or by sweat.

Weavve’s Lyocell Duvet is designed with 100% TENCEL™ Lyocell fibres on the outside and inside, ensuring you’ll never sleep too hot or cold again.

Leveraging on TENCEL™ Lyocell’s natural temperature regulating and moisture management properties, Weavve has taken these innovative properties to the extreme, offering a 100% version of the duvet. A 100% TENCEL™ Lyocell outer and 100% filling maximises the comfort derived from this technology.

Stay at your optimum body temperature through the night.

While lighter than some other duvets with a fill power of 250gsm, the TENCEL material lets you sleep cool and dry on hot nights, and warm and snug under air conditioning. Excess surrounding and body heat is quickly dissipated for a cooling sensation all night long. This is a duvet that is like a lightweight comforter or cooling blanket that feels cool on the skin and is great for hot sleepers who experience night sweats.

The Smoothest, Most Comfortable Duvet – inside and out

Weavve’s TENCEL Duvet is constructed using Lenzing’s TENCEL™ fibres. The TENCEL™ we use contains 100% Lyocell fibres, the most advanced, comfortable and durable generation of TENCEL™ fibres.

The use of 100% TENCEL™ Lyocell for our duvet exterior and filing gives the duvet an extremely luxurious feel - smooth, soft and cool. The high but authentic 350 thread count fabric is very breathable but prevents leaking of the filling, resulting in higher durability without sacrificing comfort. TENCEL™ Lyocell is naturally gentle and hypoallergenic, making it a great choice for people with sensitive skin.

From a design perspective, the pocketed construction keeps the filling evenly distributed and loop ties ensures the duvet stays in place in the duvet cover especially for larger sizes.

Sleep Fresh and Safe every night

TENCEL™ Lyocell has great moisture management which gives it anti-bacterial and anti-odour properties.

Our TENCEL Lyocell Duvet Insert is treated with DuPont’s SILVADUR™ Advanced Microbial Control technology, eliminating bacteria, fights mould and fungi that cause odour, discoloration and degradation of the duvet (tested to be effective up to 50 washes)

Our duvet (and bed sheets) are labelled with the STANDARD 100 by OEKO-TEK®, certifying that our duvet is toxin-free, making it safe for everyone, including babies and those with sensitive skin. As duvets are not washed as frequently as bedsheets, Weavve’s Lyocell Duvet is designed and tested to stay safe and fresh for longer, added with the ability to fight bacteria, mould & fungi, and odour.

Keeping the environment in mind

TENCEL™ lyocell fibres originate from 100% sustainably sourced Eucalyptus wood. Its closed loop production process recycles water and solvents at a recovery rate of more than 99%. These fibres are also certified as compostable and biodegradable, and can fully revert back to nature.

What is a Duvet

The word “duvet” originates from the French word meaning “down”. Typically made from cloth and used as the top layer of a bed to help keep you warm at night. It is usually filled with down, feather or synthetic fibre. They also tend to be of a neutral colour, so as to not show through the duvet cover. It is also commonly known as a duvet insert, where the insert refers to the filled blanket that is tucked inside the duvet cover. It is protected with a removable cover known as the duvet cover, which can be changed and washed separately. Duvets have become the most popular form of bed coverings as it adds a contemporary touch to a bedroom while reducing the complexity of making a bed. Duvets are also widely synonymous with quilts, comforters and duvet inserts, though there are slight differences between each of them. Read our article for more.

Hard to find a duvet in Singapore to combat with the heat and humidity? We’ve broken down the process of choosing the best Duvet for you into a few simple steps.

Tog refers to the degree of warmth and insulation you will feel when you’re under your Duvet. The tog scale ranges from a cool 1.5 tog to a very snug 15 tog, essentially the higher the tog, the warmer the Duvet. Do you prefer to be warm and snuggled up at night or do you prefer the cooling breeze from the air conditioner? Your sleeping style should guide you into choosing the best Duvet for yourself - if you fall into the latter category of sleepers, you may consider purchasing a Duvet on the lower end of the tog scale.

This is also especially important when it comes to choosing a Duvet for children. They tend to trap heat more easily than adults, hence a Duvet with a higher tog may lead to overheating and suffocation. We recommend that children under the age of 10 should not use a Duvet with a tog rating higher than 10.5.

The filling of a Duvet can determine the quality of your experience with one. Those who have accustomed themselves to natural filled Duvets swear by them and claim that there is no better way to stay warm and cozy all night long. Natural fillings like goose down and feather are soft and warm. They also tend to be heavier and larger to give you that added pressure that feels like a hug when you sleep at night. However, this depends on its down to feather ratio - the higher the ratio, the lighter and warmer the Duvet.

On the other hand, do you have sensitive skin or suffer from allergies? If the answer to that is yes, you may want to consider exploring synthetic or semi-synthetic fillings. Often hypoallergenic and moisture-wicking, they are more breathable and cooling than natural Duvets.

While we spend approximately 8 hours (or as we hope!) a night lying in your sheets, it is important that you choose a material that suits your needs perfectly.

An example of a semi-synthetic material is TENCEL™ fibres. TENCEL™ fibres’ moisture-wicking abilities make it the best sheets for people with sensitive skin or skin disorders, such as eczema or psoriasis. They are less likely to attract dust mites and slow down bacteria growth by 10 times as compared to cotton. The natural materials used in the production of TENCEL™ fibres has resulted in this hypoallergenic quality.

Whether you live alone or with your family, Weave covers a variety of duvet sizes to fit your needs. Available in King, Queen size, Single and Super Single Duvet Sizes. Refer to our sizing guide if you need further clarification.

Since most duvets are used on a regular basis, if not every night, it is inevitable that it will need to be cleaned periodically. Because Weavve’s Lyocell duvet is designed differently as compared to typical blankets and duvet inserts, they require different care. To preserve the quality of the fabric and extend the life of your TENCEL duvet, utmost care should be taken when laundering them. You may also want to try airing your Lyocell duvet out on a sunny day in between washes.

How Often To Wash a Duvet

Generally, duvets are used with a duvet cover hence the duvet itself does not need to be washed as frequently as your other bed sheets or bedding. We recommend washing it every 3 to 4 months a year, or at least twice a year.

How to Wash a Duvet

When washing the TENCEL Duvet, always use cool water (below 20°C). Our duvet is machine washable but best to hand wash. Do not soak. Use a gentle laundry detergent free of bleach and fabric softener so as to not destroy the Lyocell fibres.

How to Dry a Duvet

Taking proper precautions when drying the TENCEL duvet will keep it in good, usable condition for longer. For best results, line (hang) or flat dry it naturally, away from direct sunlight. When line drying, be sure that it hangs evenly so that the Lyocell fibre is proportionately distributed and it does not lose its shape. Consider draping the damp duvet over a drying rack or chair.

Avoid soaking your duvet in water over time. Avoid using detergent that contains bleach or fabric softener. As fabric softeners can build up in the material of the Lyocell blanket, causing it to feel scratchy or stiff. Avoid using a dryer as the filling may fall out and high temperatures may damage the Lyocell fibre. Lastly, avoid ironing your Lyocell Duvet.

How often should I change my Duvet?

The Sleep Council advises that duvets should be replaced every 5 years but higher quality duvets also tend to last a little longer than others. Here are some tell-tale signs that your duvets need to be swapped out for a new one:

-Filling is leaking out

It is important to always protect it with a duvet cover to maximise its lifespan.